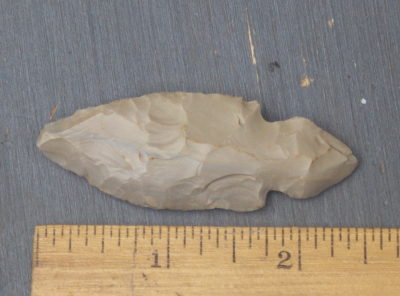 This is a great example of a Southern Indiana Turkeytail. 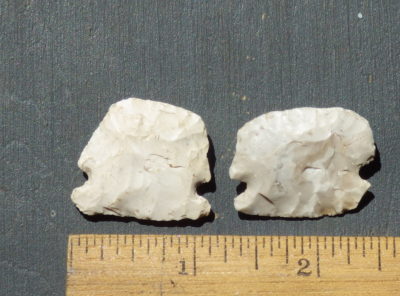 This is a nice pair of blunt points or arrowheads that were re-purposed as halfted scrapers. 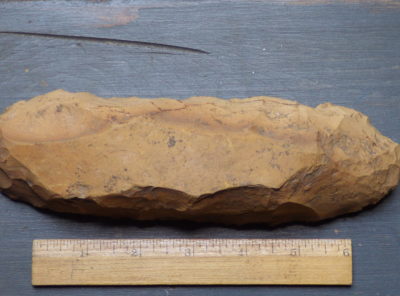 This is a nice artifact. Flaked flat on one side and a sharp blade on one end. It is easy to picture how it was hafted for use. Great overall patina. Some of the original rind still left on the piece. This will look nice in that new case. 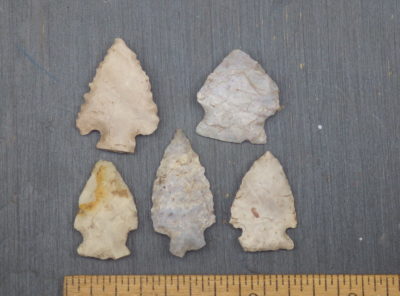 This is a group of 5 very nice small points. Counties recovered in will be supplied to purchaser or upon request. Size range is 1″ to 1 1/4″ 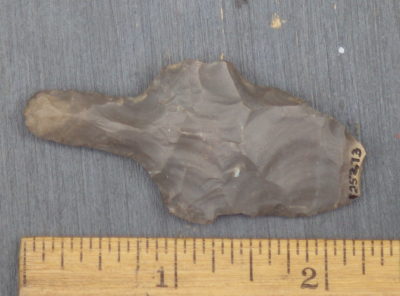 This drill was repurposed from an Adena stemmed point in ancient times. It has a great shape and shows nice use wear. 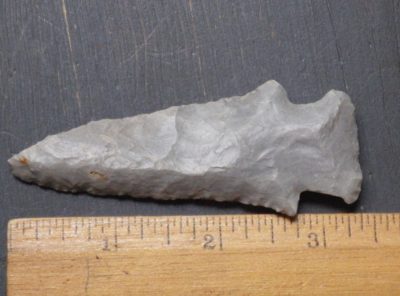 Here is one beautiful Early Archaic point. It was purchased at a museum auction in Xenia, Ohio in the 1960’s. At first I thought it had a tip nick. But viewing it with a loop you can see several tiny chips taken off to repair a small impact fracture during the time of it’s use. There is an ear nick that is also as old as the point itself and possibly done during it’s making or resharpening. It has a ground base and is highly beveled on one side of each face. 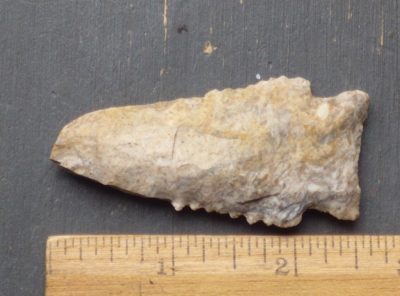 This is a nicely serrated Early Archaic point. It is also a great example of an impact fracture. This point is worthy of restoration but I think it already tells a cool story as it is. 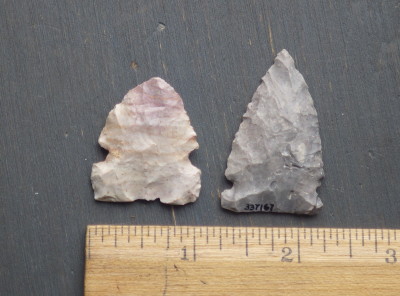 These are two nice examples of side notched Archaic points – A 1.25″ Big Sandy found in Morgan County Indiana in 1972 and a 1.62″ Brewerton Side Notch found in Ross County Ohio in 1967. 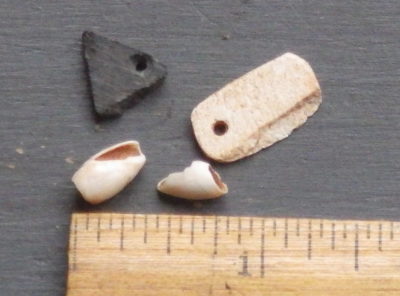 These beads were purchased as part of a collection in the late 60’s. There are 2 made of stone and 2 shell. They have a nice patina and conical holes. 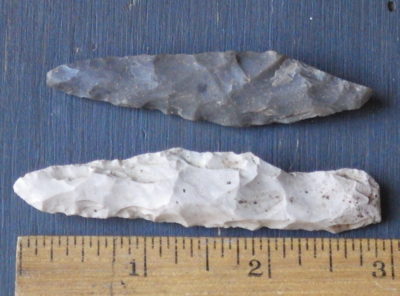 This pair of drills range from just under 3″ to 2-1/2″ in size. The Hornstone one was found in Floyd County Indiana and is not broken but contains the original rind of the flint. 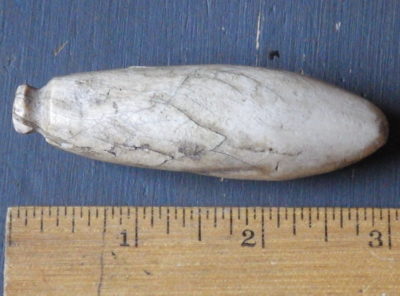 This is a very nice piece of Alaskan history. It was purchased as part of a collection in the mid 60’s. It appears to have some glue residue in the crack at the top to support it from cracking further. (See photos) 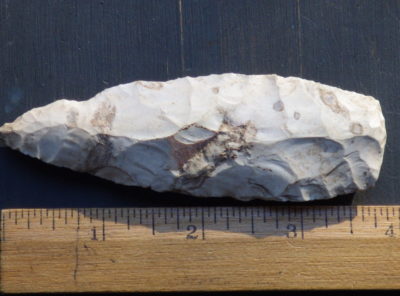 This is a beautiful Archaic Period lanceolate blade. It weighs in at just under 4″ It has a very highly ground base. What appears in the photos to be a nick on  the side is what I believe to have been done at the time of manufacture.